Rabindranath Tagore (1861-1941) became the first non-European to win the Nobel Prize in Literature. Albert Einstein(1879-1955) won a Nobel Prize winner in physics. While best known for his mass-energy equivalence formula E = mc2, he was fascinated with the structure of the universe as a whole.

Have Courage to discard Your Mask, and see the World through 1000 Eyes. – GM Brana

On July 14, 1930, Albert Einstein welcomed into his home on the outskirts of Berlin the Indian philosopher Rabindranath Tagore. The two proceeded to have one of the most stimulating, intellectually riveting conversations in history, exploring the age-old friction between science and religion. When Einstein Met Tagore book by David Gosling recounts the historic encounter, amidst a broader discussion of the intellectual renaissance that swept India in the early twentieth century, germinating a curious osmosis of Indian traditions and secular Western scientific doctrine.Here is an excerpt from one of Einstein and Tagore’s conversations on the most fundamental questions of human existence:

EINSTEIN: Do you believe in the Divine as isolated from the world?
TAGORE: Not isolated. The infinite personality of Man comprehends the Universe. There cannot be anything that cannot be subsumed by the human personality, and this proves that the Truth of the Universe is human Truth. I have taken a scientific fact to explain this — Matter is composed of protons and electrons, with gaps between them; but matter may seem to be solid. Similarly humanity is composed of individuals, yet they have their interconnection of human relationship, which gives living unity to man’s world. The entire universe is linked up with us in a similar manner, it is a human universe. I have pursued this thought through art, literature and the religious consciousness of man.

EINSTEIN: There are two different conceptions about the nature of the universe: (1) The world as a unity dependent on humanity. (2) The world as a reality independent of the human factor.
TAGORE: When our universe is in harmony with Man, the eternal, we know it as Truth, we feel it as beauty.

EINSTEIN: This is a realization of the human entity.
TAGORE: Yes, one eternal entity. We have to realize it through our emotions and activities. We realized the Supreme Man who has no individual limitations through our limitations. Science is concerned with that which is not confined to individuals; it is the impersonal human world of Truths. Religion realizes these Truths and links them up with our deeper needs; our individual consciousness of Truth gains universal significance. Religion applies values to Truth, and we know this Truth as good through our own harmony with it.

EINSTEIN: Truth, then, or Beauty is not independent of Man?
TAGORE: No.

EINSTEIN: If there would be no human beings any more, the Apollo of Belvedere would no longer be beautiful.
TAGORE: No.

EINSTEIN: I cannot prove that my conception is right, but that is my religion.
TAGORE: Beauty is in the ideal of perfect harmony which is in the Universal Being; Truth the perfect comprehension of the Universal Mind. We individuals approach it through our own mistakes and blunders, through our accumulated experiences, through our illumined consciousness — how, otherwise, can we know Truth?

EINSTEIN: I cannot prove scientifically that Truth must be conceived as a Truth that is valid independent of humanity; but I believe it firmly. I believe, for instance, that the Pythagorean theorem in geometry states something that is approximately true, independent of the existence of man. Anyway, if there is a reality independent of man, there is also a Truth relative to this reality; and in the same way the negation of the first engenders a negation of the existence of the latter.
TAGORE: Truth, which is one with the Universal Being, must essentially be human, otherwise whatever we individuals realize as true can never be called truth – at least the Truth which is described as scientific and which only can be reached through the process of logic, in other words, by an organ of thoughts which is human. According to Indian Philosophy there is Brahman, the absolute Truth, which cannot be conceived by the isolation of the individual mind or described by words but can only be realized by completely merging the individual in its infinity. But such a Truth cannot belong to Science. The nature of Truth which we are discussing is an appearance – that is to say, what appears to be true to the human mind and therefore is human, and may be called maya or illusion.

EINSTEIN: So according to your conception, which may be the Indian conception, it is not the illusion of the individual, but of humanity as a whole.
TAGORE: The species also belongs to a unity, to humanity. Therefore the entire human mind realizes Truth; the Indian or the European mind meet in a common realization.

EINSTEIN: The word species is used in German for all human beings, as a matter of fact, even the apes and the frogs would belong to it.
TAGORE: In science we go through the discipline of eliminating the personal limitations of our individual minds and thus reach that comprehension of Truth which is in the mind of the Universal Man.

EINSTEIN: The problem begins whether Truth is independent of our consciousness.
TAGORE: What we call truth lies in the rational harmony between the subjective and objective aspects of reality, both of which belong to the super-personal man.

EINSTEIN: Even in our everyday life we feel compelled to ascribe a reality independent of man to the objects we use. We do this to connect the experiences of our senses in a reasonable way. For instance, if nobody is in this house, yet that table remains where it is.
TAGORE: Yes, it remains outside the individual mind, but not the universal mind. The table which I perceive is perceptible by the same kind of consciousness which I possess.

EINSTEIN: If nobody would be in the house the table would exist all the same — but this is already illegitimate from your point of view — because we cannot explain what it means that the table is there, independently of us. Our natural point of view in regard to the existence of truth apart from humanity cannot be explained or proved, but it is a belief which nobody can lack — no primitive beings even. We attribute to Truth a super-human objectivity; it is indispensable for us, this reality which is independent of our existence and our experience and our mind — though we cannot say what it means.
TAGORE: Science has proved that the table as a solid object is an appearance and therefore that which the human mind perceives as a table would not exist if that mind were naught. At the same time it must be admitted that the fact, that the ultimate physical reality is nothing but a multitude of separate revolving centres of electric force, also belongs to the human mind. In the apprehension of Truth there is an eternal conflict between the universal human mind and the same mind confined in the individual. The perpetual process of reconciliation is being carried on in our science, philosophy, in our ethics. In any case, if there be any Truth absolutely unrelated to humanity then for us it is absolutely non-existing. It is not difficult to imagine a mind to which the sequence of things happens not in space but only in time like the sequence of notes in music. For such a mind such conception of reality is akin to the musical reality in which Pythagorean geometry can have no meaning. There is the reality of paper, infinitely different from the reality of literature. For the kind of mind possessed by the moth which eats that paper literature is absolutely non-existent, yet for Man’s mind literature has a greater value of Truth than the paper itself. In a similar manner if there be some Truth which has no sensuous or rational relation to the human mind, it will ever remain as nothing so long as we remain human beings.

EINSTEIN: Then I am more religious than you are!
TAGORE: My religion is in the reconciliation of the Super-personal Man, the universal human spirit, in my own individual being.

“It followed from the special theory of relativity that mass and energy are both but different manifestations of the same thing — a somewhat unfamiliar conception for the average mind. Furthermore, the equation E is equal to m c-squared, in which energy is put equal to mass, multiplied by the square of the velocity of light, showed that very small amounts of mass may be converted into a very large amount of energy and vice versa. The mass and energy were in fact equivalent, according to the formula mentioned above.”

“While it is true that scientific results are entirely independent from religious or moral considerations, those individuals to whom we owe the great creative achievements of science were all of them imbued with the truly religious conviction that this universe of ours is something perfect and susceptible to the rational striving for knowledge.”

“Great spirits have always encountered violent opposition from mediocre minds. The mediocre mind is incapable of understanding the man who refuses to bow blindly to conventional prejudices and chooses instead to express his opinions courageously and honestly.”

“I am enough of an artist to draw freely upon my imagination. Imagination is more important than knowledge. Knowledge is limited. Imagination encircles the world.”

“The supreme task of the physicist is to arrive at those universal elementary laws from which the cosmos can be built up by pure deduction. There is no logical path to these laws; only intuition, resting on sympathetic understanding of experience, can reach them.”

“How can this cosmic religious experience be communicated from man to man, if it cannot lead to a definite conception of God or to a theology? It seems to me that the most important function of art and of science is to arouse and keep alive this feeling in those who are receptive.”

“The most beautiful experience we can have is the mysterious. It is the fundamental emotion that stands at the cradle of true art and true science. Whoever does not know it and can no longer wonder, no longer marvel, is as good as dead, and his eyes are dimmed. It was the experience of mystery — even if mixed with fear — that engendered religion. A knowledge of the existence of something we cannot penetrate, our perceptions of the profoundest reason and the most radiant beauty, which only in their most primitive forms are accessible to our minds: it is this knowledge and this emotion that constitute true religiosity. In this sense, and only this sense, I am a deeply religious man.”

“A new type of thinking is essential if mankind is to survive and move toward higher levels.”

“All religions, arts and sciences are branches of the same tree. All these aspirations are directed toward ennobling man’s life, lifting it from the sphere of mere physical existence and leading the individual towards freedom.” 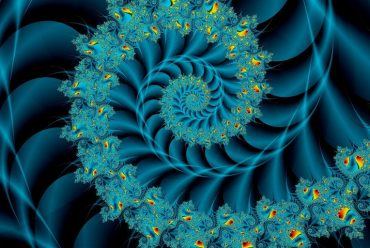 Higgs an invisible field across the universe 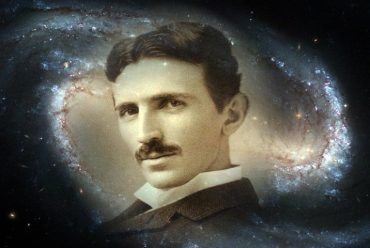